Mercenary Defense is a minigame in Crystal Story II. It is connected to Icy Pass to the north, Great Plains to the south, Lake to the east, and in the Steam Version, Rift to the West.

There are 7 types of Mercenary units you can use. They are: Miner, Ice Mage, Guard, Fire Mage, Healer, Warrior, and Lightning Mage.

Some units need to be unlocked:

Bosses appear once per level, as the last enemy, and in the center lane. They carry 0g, and each of them have very high HP.

(The Sphynx is an exception, as 3 of them spawn and will quickly group together onto the same square.)

These can be bought in the Shops of Crystalia and Warm Yeti (same price):

Note that it is possible to buy more than one of the same item, but doing so will have the same effect as buying only one item. In the player's inventory, they are sorted within "Miscellaneous", so none of the items can be sold.

Level 7 can be repeated multiple times for random rewards:

Of the 6 gems in the game, only Ruby or Sapphire will be awarded from this minigame. Exactly one of these possible 51 types of accessory slot equipment and these two gems will be rewarded, so the odds of getting one specific item appears to be 1 out of 53, being a probability of <1.9%. 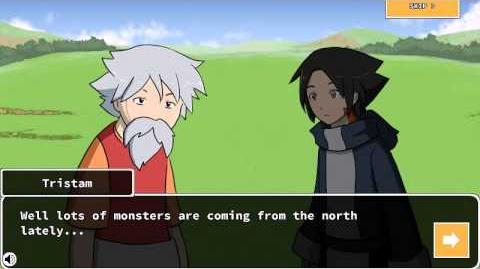 Retrieved from "https://crystal-story-ii.fandom.com/wiki/Mercenary_Defense?oldid=19087"
Community content is available under CC-BY-SA unless otherwise noted.