Bengal Sauvage is a minor character in Crystal Story II. He is a slayer/hunter. Apparently he "Travels across the world to find a monster worthy of his might."  The player can ask him for advice on defeating certain Bosses, and he is at the Tavern of every town. It seems like he is following D around, but when D asks why, he claims D is following him. 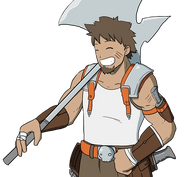 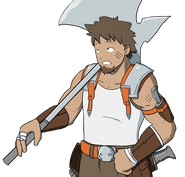 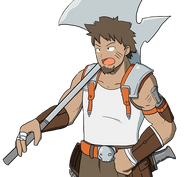 Add a photo to this gallery
Retrieved from "https://crystal-story-ii.fandom.com/wiki/Bengal?oldid=18774"
Community content is available under CC-BY-SA unless otherwise noted.